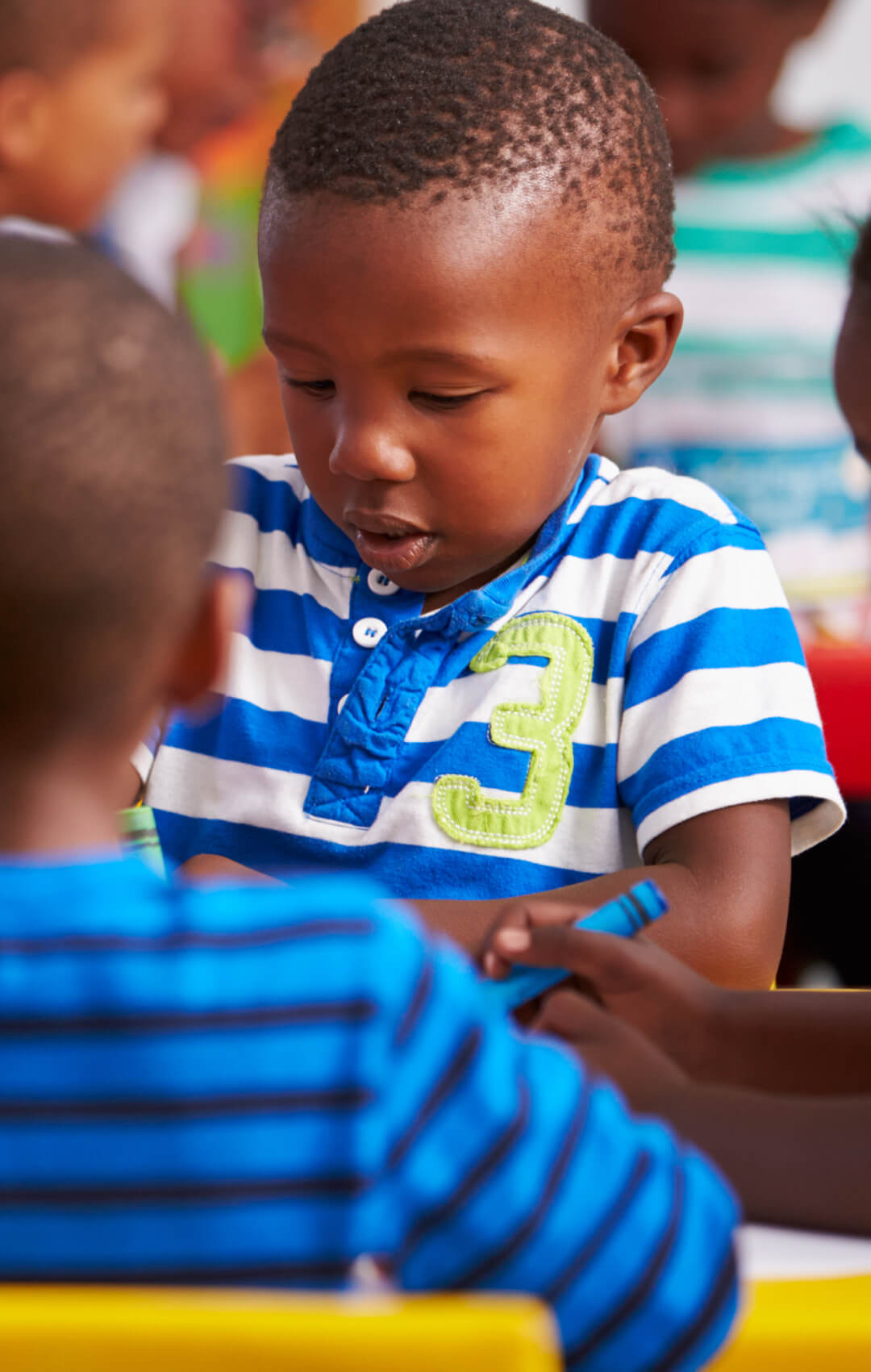 A school with 10 furnished classrooms + lavatory + outside area

The Baumgartsbrunn Primary School was founded in the 1970s, allowing the children of local farm workers to attend school for the first time — which had previously not been possible due to the distance to the capital of Windhoek (40 km). The Baumgartsbrunn facility is a boarding school, where students and teachers stay throughout the school year.

The Baumgartsbrunn Primary School hosts around 200 students, ranging from 7–14 years old. Students are speakers of the Khoekhoe (Damara) language group, which has a low social status in Namibia.

The previous school building had stable walls, but an aluminum ceiling made conditions very hot in the summer and very cold in the winter. Some of the classrooms didn’t have any windows, and the outside area needed renovations in order to create a safe space for play. The school was at risk of being closed, which would mean that most of the children would have no access to education and would have to return to their parents’ farms.

The newly renovated school opened in August 2021. In addition to Acronis’ help, work on the school building was directly supported by the company’s founder and Chief Research Officer Serg Bell and his daughter Sofia. With the Schools Initiative, the Acronis Cyber Foundation aims to develop computer classrooms in each school that it builds. Serg’s children Sofia and Alexander are currently raising funds for this effort. Help the kids in Namibia gain computer literacy skills by donating towards the construction of a computer classroom today! 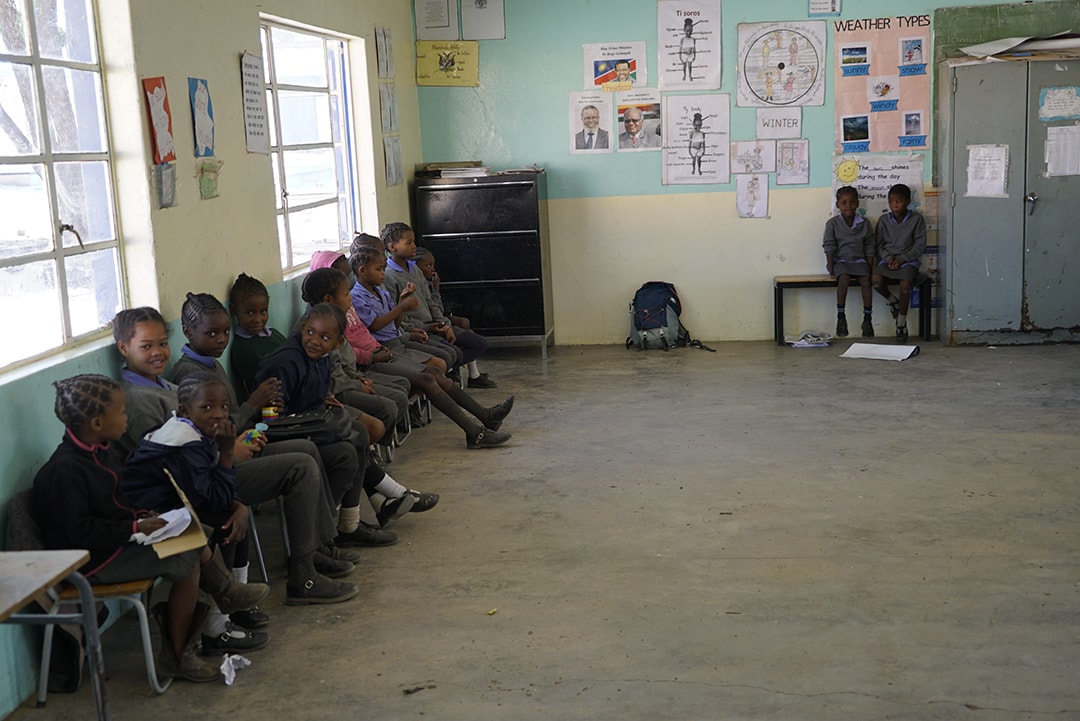 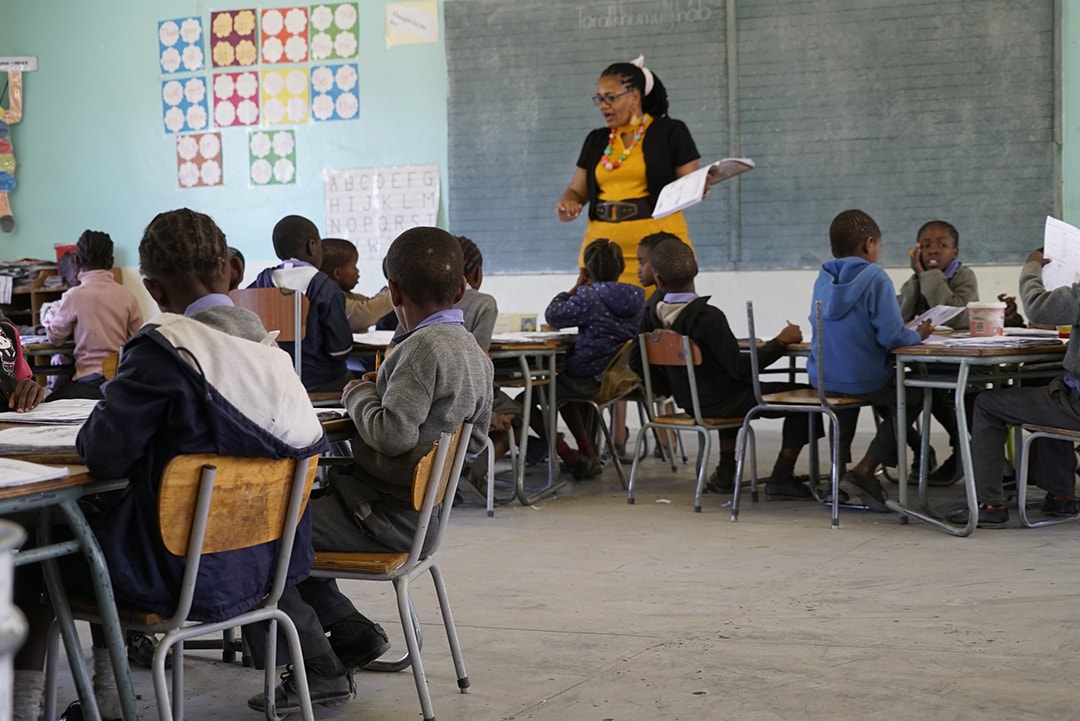 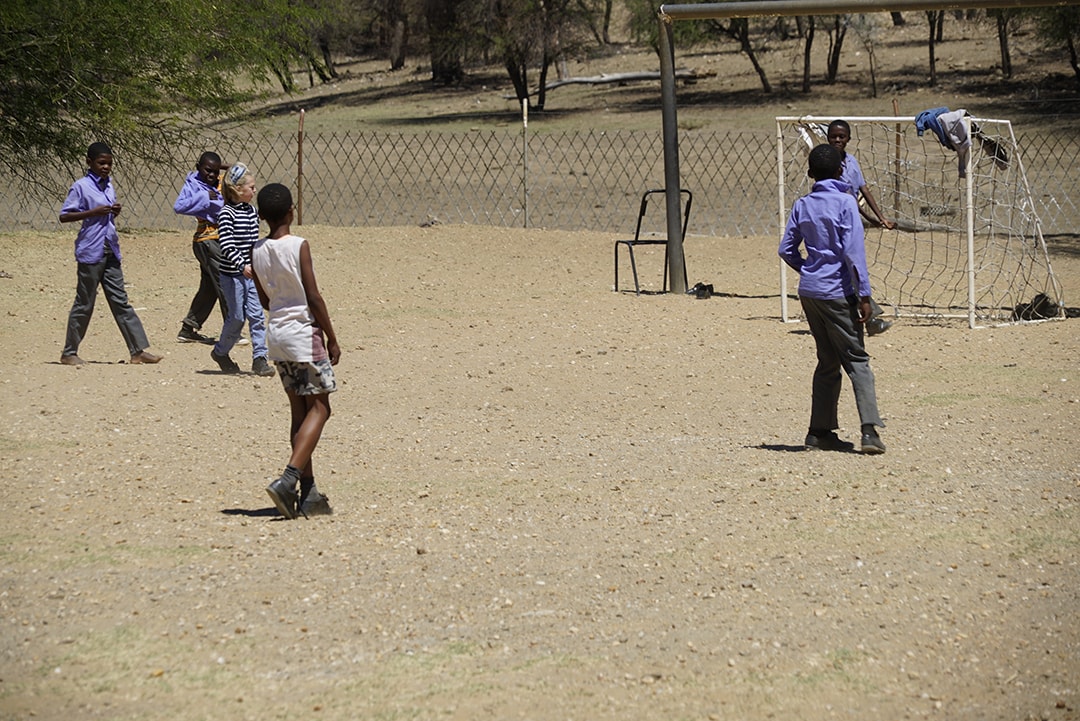 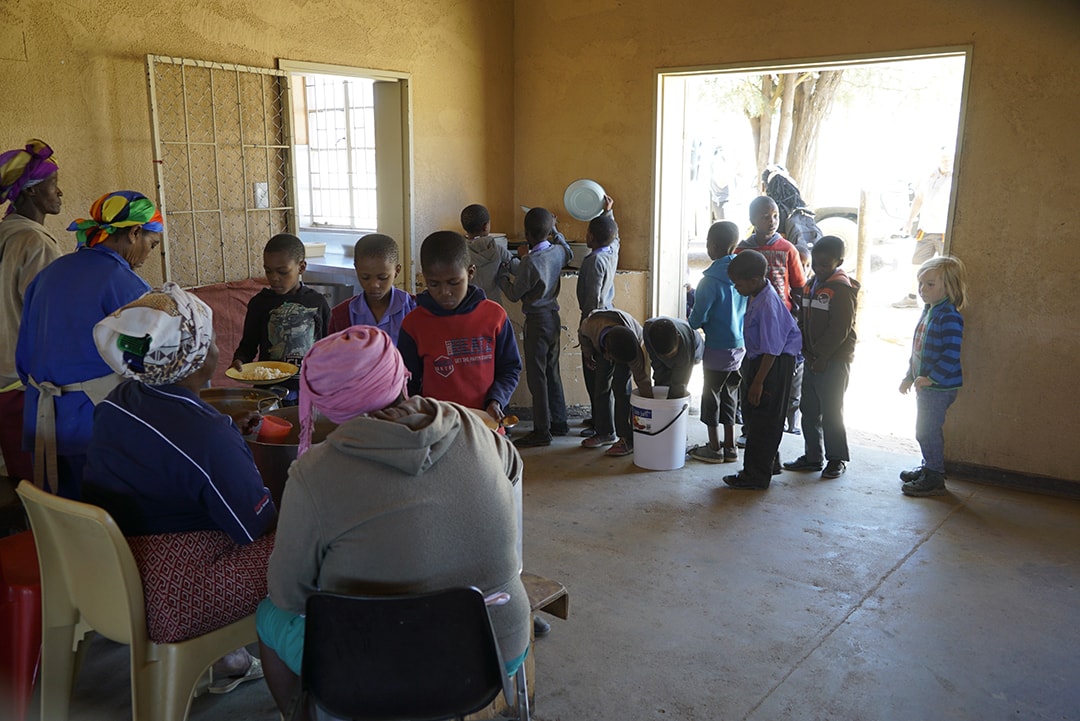 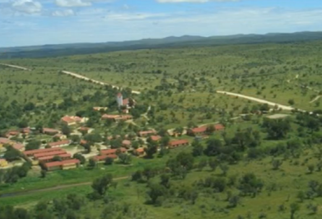 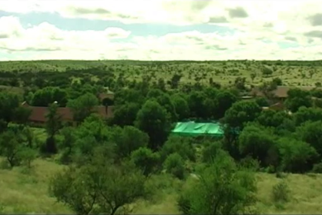 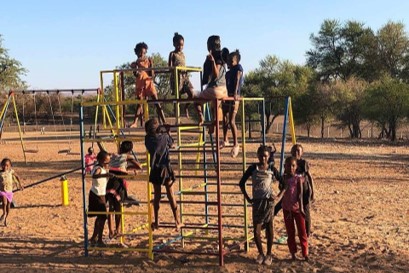 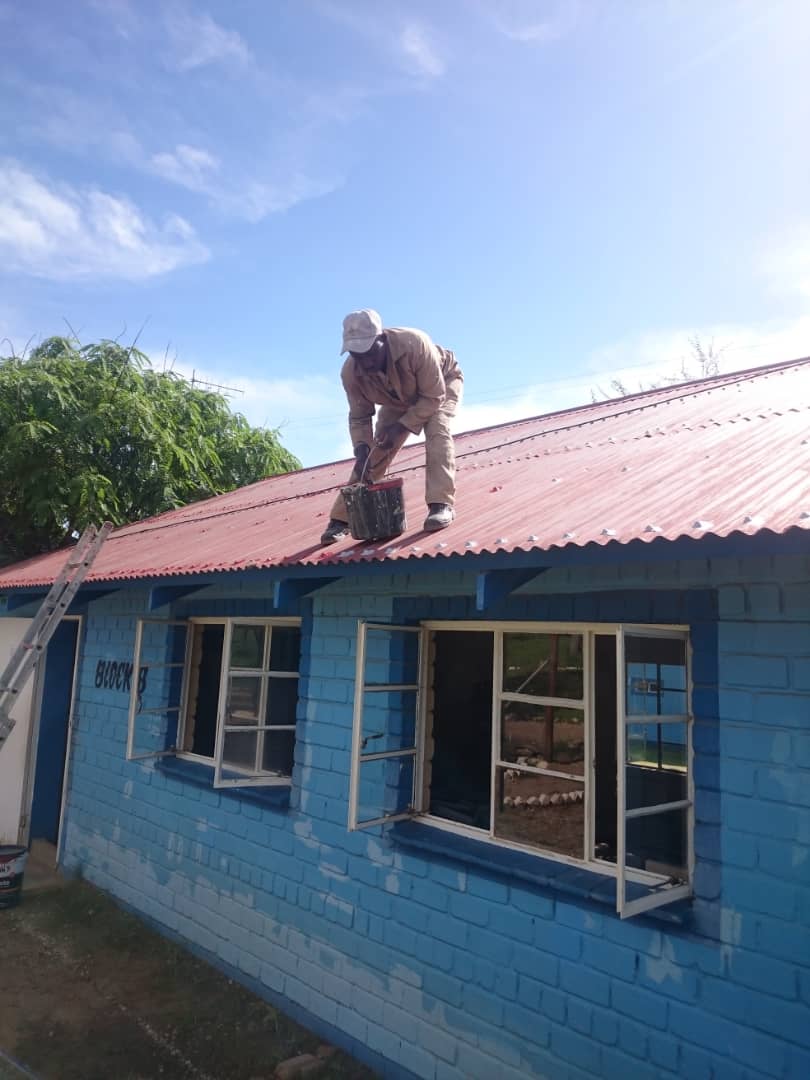 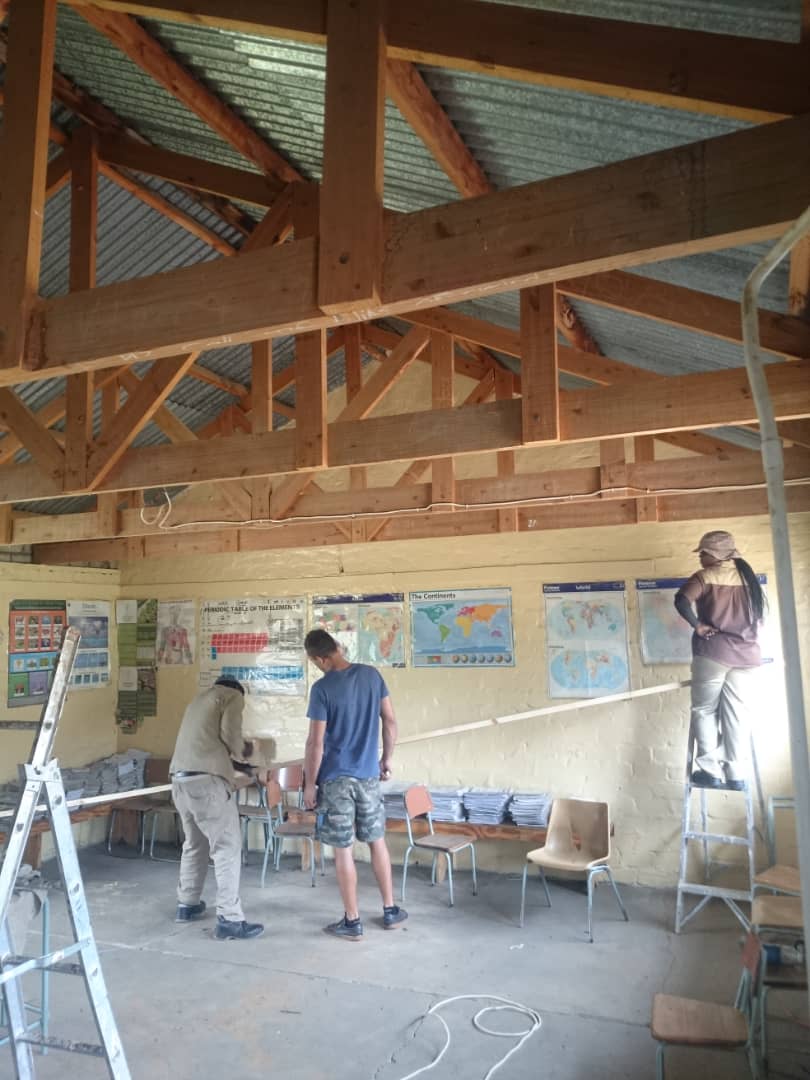 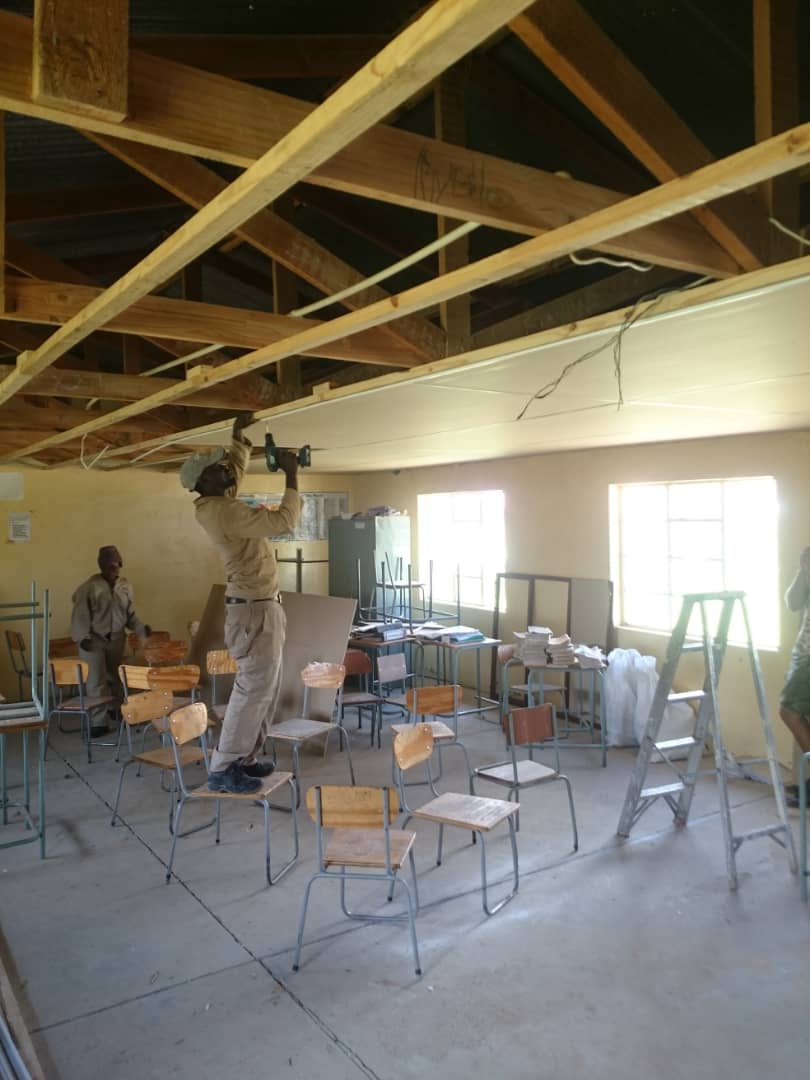 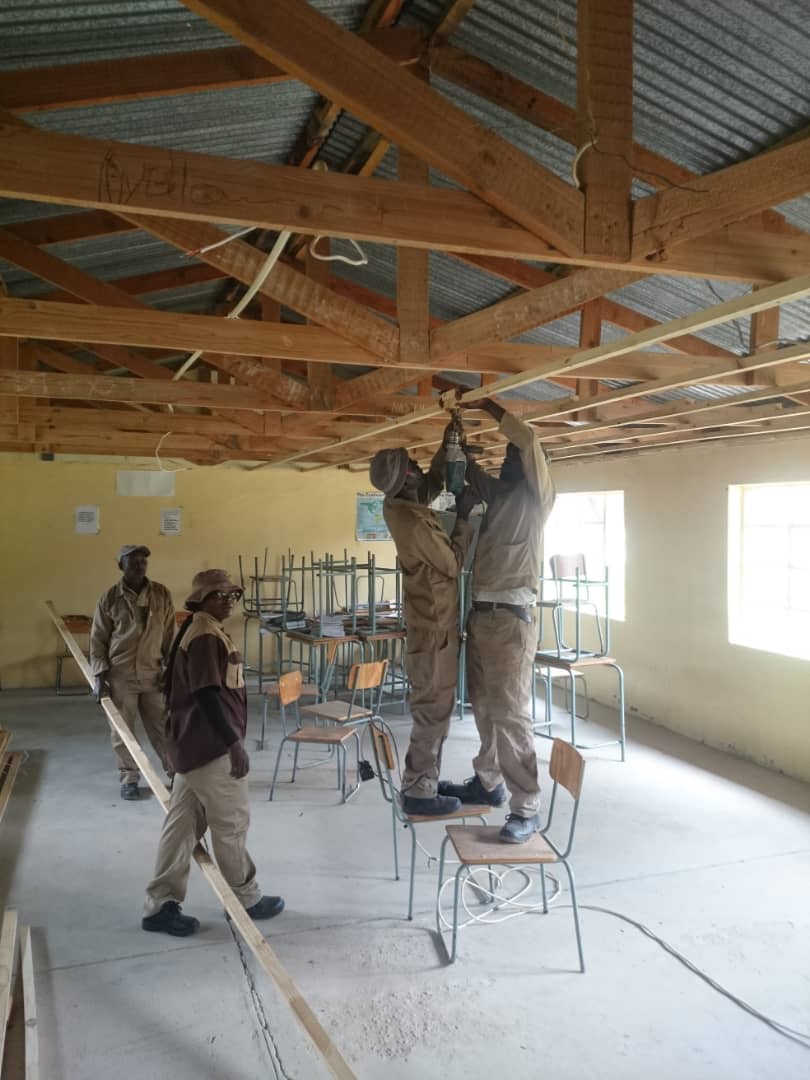 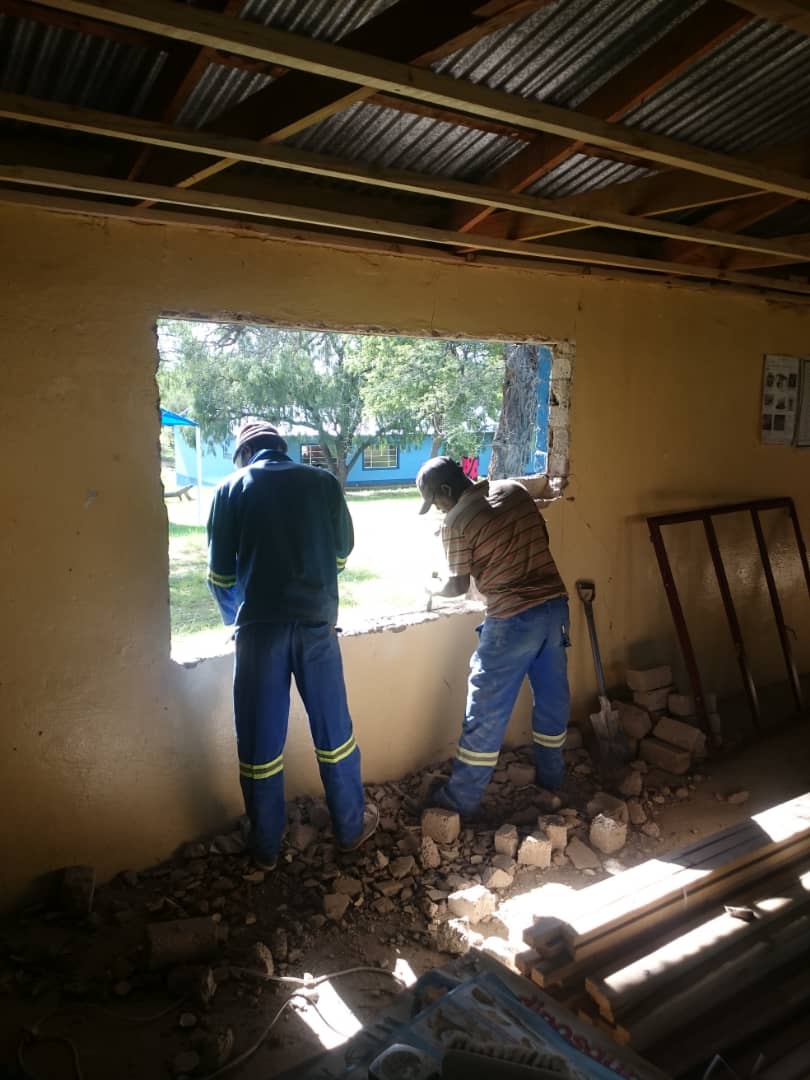 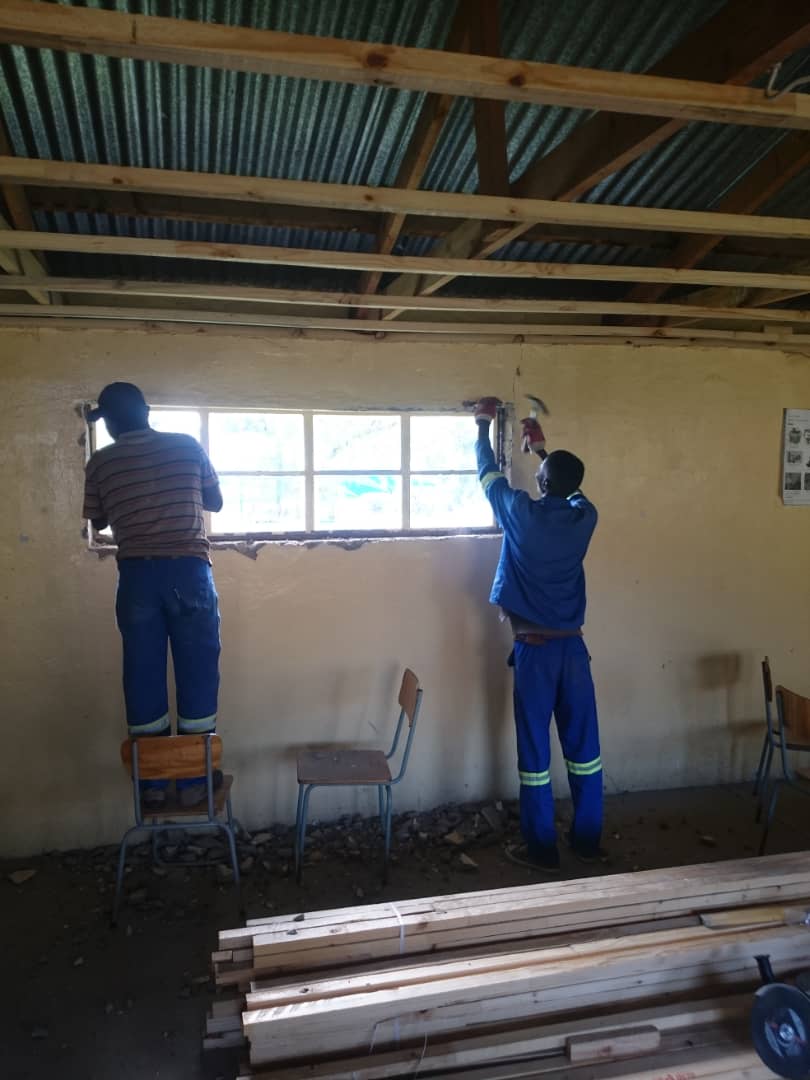 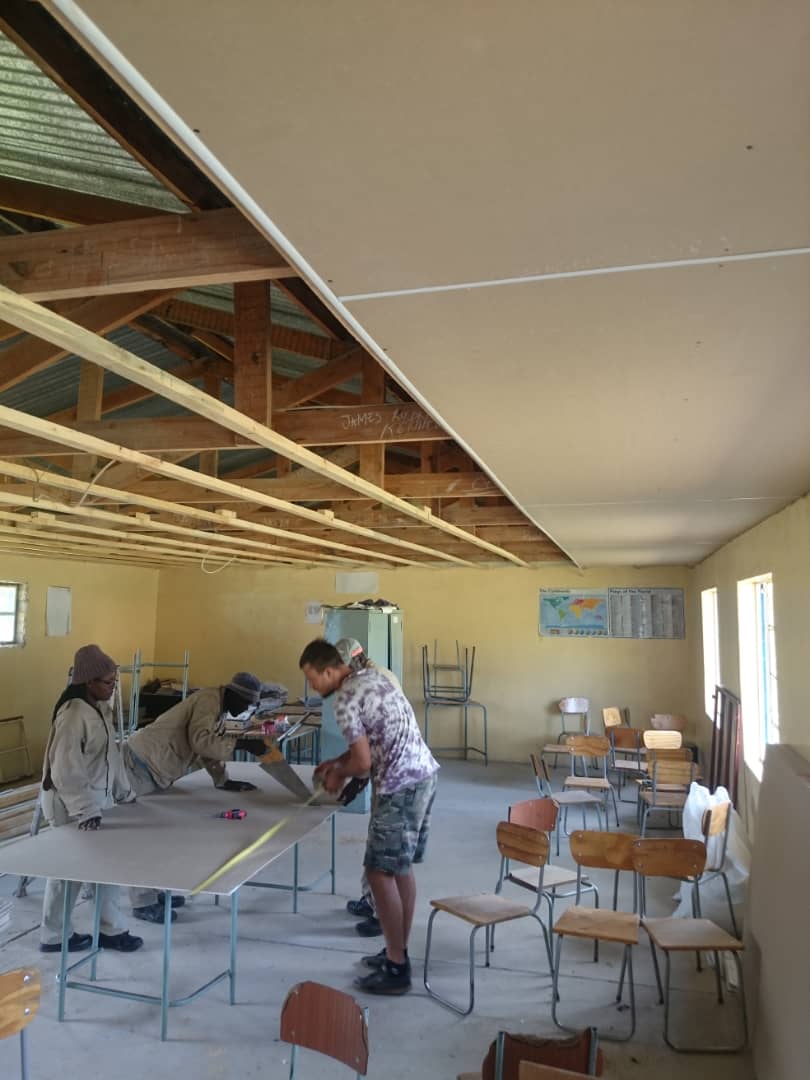 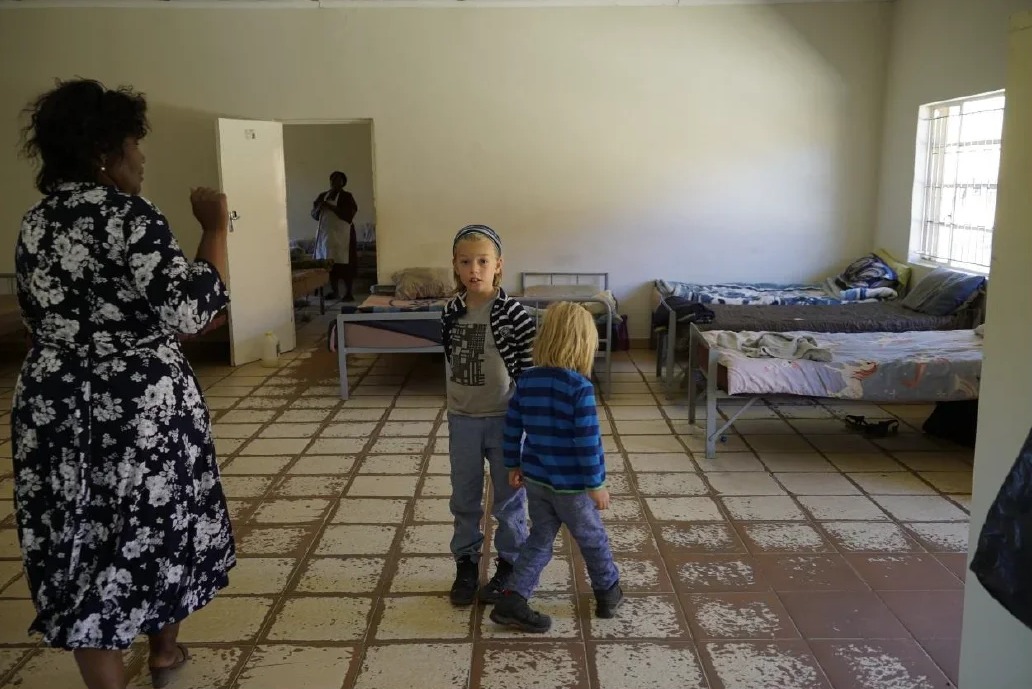 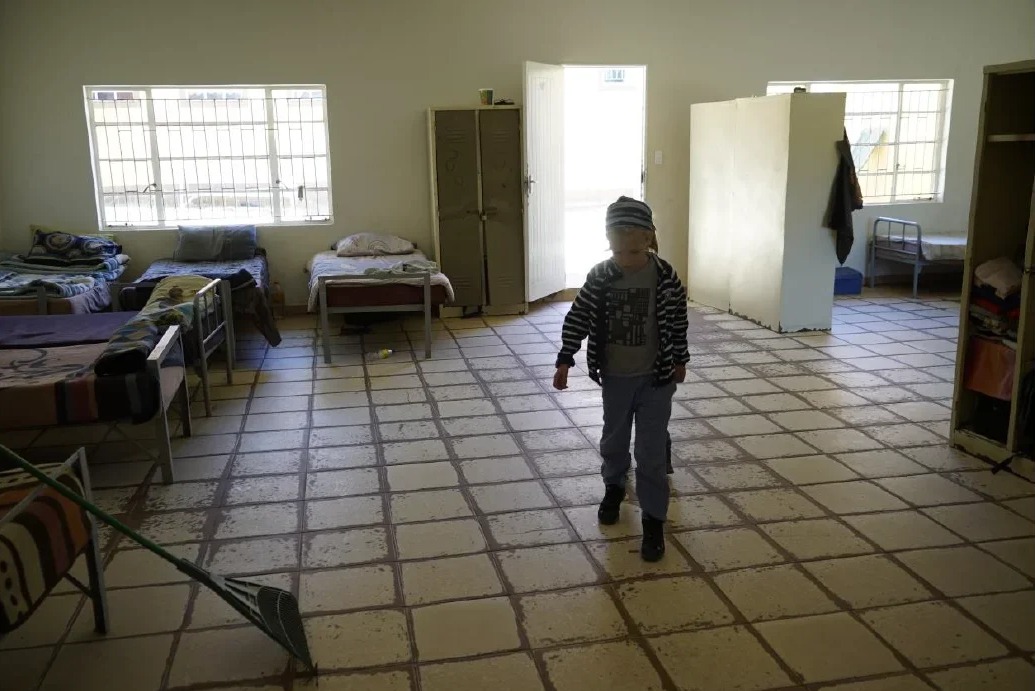 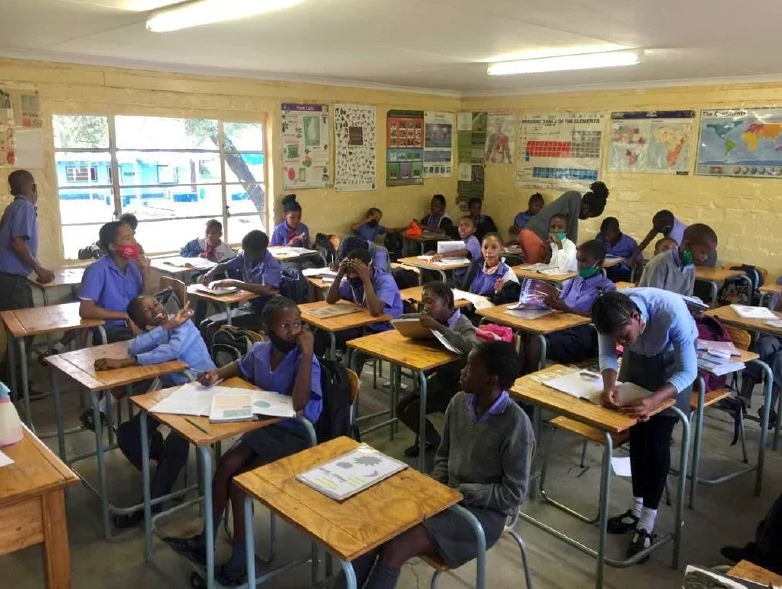 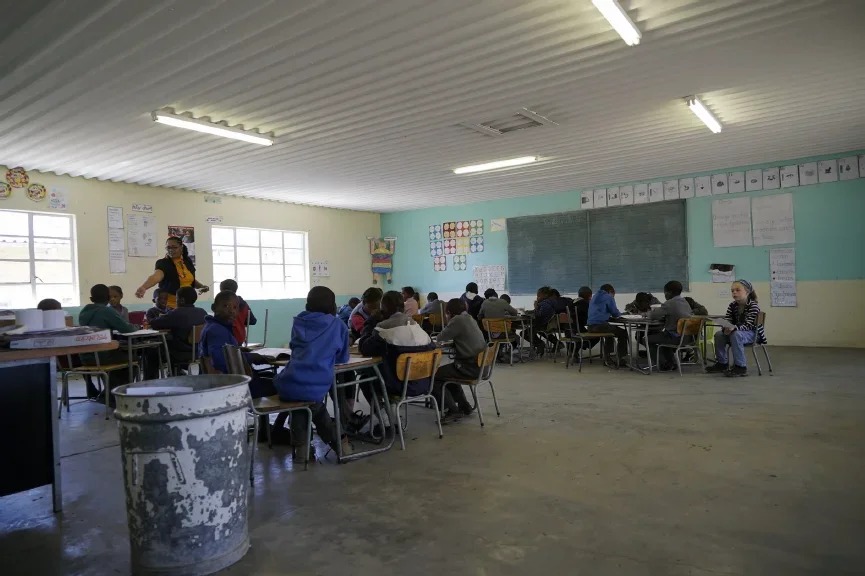 View all images › View all videos ›

Mainly English, with Owambo as the second most spoken language

Namibia has some of the most spectacular sand dunes in the world. Shifting and changing shape with the wind, they’re transformed into new visions of beauty every day. Admire the view from a distance, or climb them and enjoy sandboarding back down.

This spectacular wildlife park is dominated by the Etosha pan, a massive mineral salt deposit that can be seen from space. The pan is part of the Kalahari Basin — the floor of which was formed over 1 billion years ago — and fills up only for a short period of time when rains are heavy. The park is rich in wildlife, and the “big five” (African elephant, black rhinocero, cape buffalo, African lion, and African leopard) can be seen here — as well as over 100 other types of mammals and thousands of birds species.

Part of the Ai-Ais–Richtersveld Transfrontier Park, Fish River Canyon is one of the largest canyons worldwide, after the Grand Canyon in the USA. The park and canyon are well worth a visit — stay for the day, or tackle the Fish River Hiking Trail, an 85km hike that can be completed in 4–5 days and is open from April through September.

The most popular ghost town in Namibia, Kolmanskop become one of the richest towns in Africa during a diamond boom in 1910, but was abandoned over the following decades and covered over by windswept sands. In 1980, the touristic potential of the ghost town was rediscovered, and some houses were dug out and restored. These are now open to visitors, though an entrance permit is required.

Deadvlei is a white clay pan located near the more famous salt pan of Sossusvlei, inside the Namib-Naukluft Park in Namibia. Some of the most iconic photographs of Namibia come from this area of the country. The area’s dead camel thorn trees — many of which are believed to be over 900 years old — are quite striking, and stand in stark contrast against the white pan floor.

Best souvenirs from the country

Help by donating
If you believe in our mission and want to make an impact, you can support the Acronis Schools Initiative
Donate in EUR
Donate in USD